The Case for Cash: Part Two - The Justification 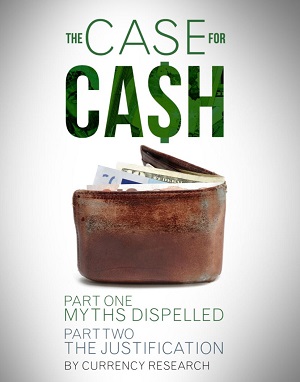 The Case for Cash Part One: Myths Dispelled examined and challenged sixteen of the most prevalent myths surrounding the cash world. In our new report, the Case for Cash Part Two: The Justification, we again separate fact from fiction by delving into published research and survey findings to focus positively on why Central Banks should invest in cash and take an active role in supporting and defending the use of cash as a means of payment.

The Central Bank’s primary role is to support and promote the economic and financial welfare of its country and citizens. Banknotes and coins are key in supporting this role. Cash upholds a Central Bank’s mandate in many ways: by providing a safe, efficient, and trusted means of payment and store of value to citizens, by supporting the monetary independence of the Central Bank, and by acting as a potent and unifying national symbol. In this report, we examine research from a range of objective sources and discuss the many social and economic benefits of cash in relation to both the Central Bank’s objectives and the stability and confidence of the nation. We argue that these benefits justify the continued Central Bank policy of providing banknotes and coins to the public.